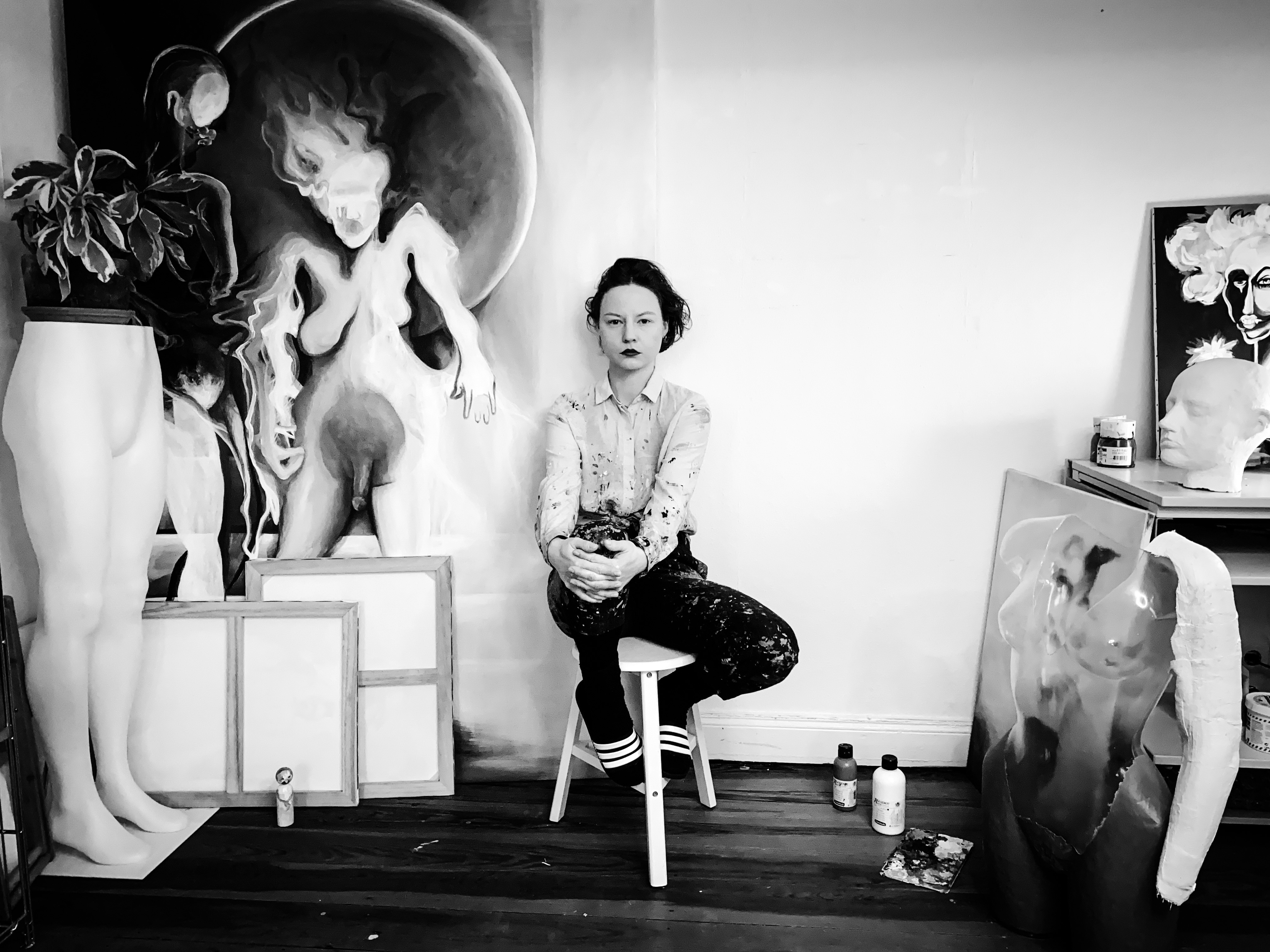 Annika Lu is a Hamburg based costume designer and educated fashion designer who expresses herself through painting, costume design and the combination of these medias.

Annika Lu's costumes are conceived as sculptural works on the human body, playing with body deformation and the influence of a costume on the movement and posture of a body. Starting from this approach Lu is striving for the deconstruction of this artificial alliance to expose the illusion and to find an expression for human abyss somewhere between camp and artless.

After studying fashion design in Hamburg and Copenhagen Annika Lu assisted in Ballet Theater Basel, Schauspiel Dortmund, Burgtheater Wien, Nationaltheatret Oslo and Schauspielhaus Hamburg. She is working as costume designer in theatre, dance and opera with a focus on cross-disciplinary and artistic aproaches.

Annika Lu is represented by schaefersphilippen
‍
Upcoming
Past

Want to work together?

If you like what you see, get in touch!